We all have an occasional restless night, but when poor sleep becomes the norm, your physical and mental health could suffer. Experts recommend Albany residents get a minimum of seven hours of sleep per night, but a variety of factors leave many people grappling with fatigue the next day. Breaking the cycle is important.

Your Body’s Response to Too Little Sleep 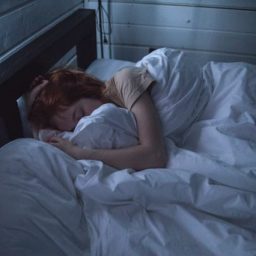 Smartphones. Video games. Netflix. Funny cat videos. The reasons people in Albany end up falling short of their nightly sleep goals vary, but the bottom line is the same: not getting enough sleep can lead to serious health consequences. Daytime fatigue, high blood pressure, diabetes, depression and stroke risks go up—but that’s just the tip of the iceberg. Without enough sleep, your odds increase for the following.

How does too little sleep affect the body?

Many people in Albany ignore the warning signs of poor sleep or attribute the symptoms to other factors, but over time, this can prove hazardous to their long-term health.

A group of British researchers found that people whose amount of sleep dropped from seven hours per night to five were twice as likely to die from all causes. Their risk of developing heart disease was especially high.

It can be difficult to recognize the signs of a sleep disorder. If you aren’t getting consistent quality sleep and experiencing daytime fatigue and other symptoms, your Albany ear, nose and throat specialist recommends undergoing a sleep study in order to determine whether a sleep disorder is responsible. Treatment can help you sleep better and improve your overall health.